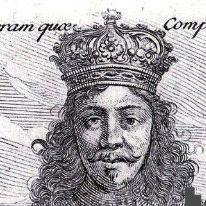 Seneca may have claimed that power belonged to kings and property to individuals, but in practice, theorists have rarely found the two concepts so easy to disentangle. Property and power have always been bound together, and the relationship between them has been theorised in many different ways.

In the ancient world, populists and aristocrats clashed over the inviolability of property and its role in the political order; in the Middle Ages, the so-called feudal system saw property and power bundled together in a system of parcellised sovereignty; in the Early Modern period, the dehumanisation and commodification of enslaved peoples as property under chattel slavery became a global institution with lasting ramifications on power structures and racial hierarchies; subsequently, the transition to capitalism, bourgeois revolutions, and revolts against slavery all forced theorists to rethink the nature, features, and limits of property, as well as its relationship to authority and rule; in the modern world, liberals and conservatives have sought to shield property from power, while socialists and radicals have seen property as the basis on which the superstructure of politics is built. Today, as technological change creates new forms of both property and power, the relationship between them has never been more important to unravel.

This conference will explore the way in which political thinkers and actors throughout history have understood the relationship between property and power. We invite submissions from graduate students in history and related disciplines, working on all periods and places. We especially welcome proposals relating to figures who were actively engaged in politics, and/or outside the traditional canon.

Proposals for papers and panels may wish to consider the following themes:

To apply, please email a proposal and an academic CV to historyofpoliticalthoughtnet@gmail.com. Abstracts should be no more than 300 words for papers of 20 minutes in length.