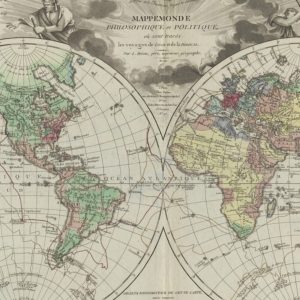 It gives us great pleasure to invite you all to the first meeting of the Amsterdam-Utrecht Global Intellectual History Seminar on Tuesday 4 October at 16:00 in (Amsterdam Bushuis) BH E1.02. Jessica Patterson (University of Cambridge) will give a lecture on ‘Religion, Enlightenment and Empire: British Interpretations of Hinduism in the Eighteenth Century’ (abstract below). Everyone is welcome, and please forward this to students and colleagues who might be interested. More information about the seminar and upcoming meetings can be found here.

Abstract
In the second half of the eighteenth century, several servants of the English East India Company published accounts of what they deemed to be the original and ancient religion of India. Drawing on what are recognised today as the texts and traditions of Hinduism, these works fed into a booming enlightenment interest in Eastern philosophy. At the same time, the Company’s aggressive conquest of Bengal was facing a crisis of legitimacy and many of the prominent political minds of the day were turning their attention to the question of empire. In this lecture, Jessica Patterson will situate these Company works on the ‘Hindu religion’ in the twin contexts of enlightenment and empire. Exploring some of the themes and figures in her recent monograph, Religion, Enlightenment and Empire: British Interpretations of Hinduism in the Eighteenth Century (Cambridge University Press, 2021), Dr Patterson will offer an account of the role of heterodox religious approaches to Indian religions for enlightenment thought, East India Company policy, and contemporary ideas of empire.

Biography
Jessica Patterson is a historian of eighteenth and nineteen-century intellectual culture and political thought, with a particular emphasis on enlightenment and empire. She took her first degree in History, at the University of Cambridge. She then completed the MA in the History of Political Thought and Intellectual History, offered by Queen Mary University of London & University College London. Following this, her AHRC funded PhD was completed at the University of Manchester, where she was a President’s Doctoral Scholar. Prior to joining the History Faculty at Cambridge in 2020, she held posts in intellectual history, at Queen Mary, and the history of political thought, at King’s College London.