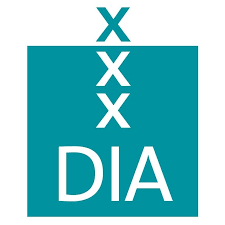 Organised by Luca Forgiarini (University of Utrecht), and Mario Daniels (Duitsland Instituut, University of Amsterdam), in cooperation with Martin Conway (Oxford University), and the DAAD

Over the course of the past three decades, historians have slowly chipped away at a notion of European integration describing the teleological process of rapprochement of Western European nations that resulted in the institutions of the European Union. Whereas this ‘classical’ history of European integration focusses exclusively on the history of economic and political institutions, recent scholarship has questioned the implicit assumptions about ‘Europeanness’ of this history. This has led to include all sorts of practices, discourses and entanglements that leveraged a notion of ‘European’ or ‘Europeanness’. ‘European’ has thus become a contested actor’s category whose meaning has changed over time, was appropriated by different people and groups that deployed it to different effects. As a result the notion of ‘European integration’ has undergone three conceptual shifts. First, the process of integration is no longer understood solely an economic and political one. Integration happens also along cultural, religious, agricultural, technological and scientific lines. Second, the geographical range has been expanded from an exclusively Western European focus to encompass Eastern and Southern Europe as well as its geographical boundaries such as Russia and Turkey. And third, the end of WWII is no longer considered the chronological starting point of European integration.

If these developments have to some extent undermined the notion of European Integration as a ‘uniform, unidirectional, and teleological process’ starting in post-WWII Western Europe (Conway and Patel, 2010), they have certainly enriched our understanding of the transnational processes that have shaped the continent over the course of the previous decades and centuries. This is also why some authors prefer speaking of ‘Europeanisation’ instead of ‘European integration’.

Following in the footsteps of this highly diverse and sophisticated historiography, we would like to invite the participants of this workshop to reflect on these questions of the history of European Integration/Europeanisation from their own disciplinary perspective. We welcome contributions that either illuminate some hitherto undocumented aspect of European integration (along EU lines) or address Europeanisation broadly understood.

The aim of the workshop is to provide constructive feedback on pre-circulated papers (no more than 5000 words) to be submitted three weeks prior to the workshop. We are glad that Professor Martin Conway (Oxford University), one of the leading experts on European History, has agreed to provide detailed feedback on every individual submission. But, of course, there will also be ample time discuss all papers among the participants.

The workshop will take place Friday, 27th January 2023 at the Duitsland Instituut in Amsterdam (DIA). The DIA will cover the costs of travel and accommodation if needed. Further details will be communicated in due time.

For any questions or queries, you are welcome to contact Luca Forgiarini (l.t.forgiarini@uu.nl) or Mario Daniels (mdaniels@uva.nl).