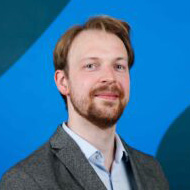 Engaging with the Second World War through Digital Gaming

How do popular video games such as Call of Duty depict the Second World War? What does it mean for people to play these games, more than 75 years after the end of the conflict? In this dissertation, Pieter Van den Heede tries to formulate an answer to these questions. He does so by analyzing the games themselves, the marketing that accompanies them and how players give meaning to their play activities (especially in relation to games that depict the Holocaust).

Van den Heede’s research resulted in several findings. Firstly, most of the games about the Second World War that are available in the Netherlands are made by game companies located in North America and Europe/Russia. Games about the war made by companies located in Asian countries are hardly available in the Netherlands. Secondly, the marketing of these games puts forward a (transnationally) converging image of the Second World War, centered on military technology and conventions of the ‘Nazisploitation’ film genre from the 1970s (depicting revenge phantasies against Nazism). Thirdly, digital games frequently perpetuate stories about the Second World War that were already formulated during the war period itself and that have often long been refuted by historians. An example of this is that games such as The Saboteur continue to paint a picture of France as a ‘nation of resistance fighters’ during the Second World War, even though this characterization has been fundamentally adjusted by historical research over the past decades. Fourthly, players consider playing games such as Call of Duty to be a very meaningful way to engage with the Second World War. Players highlight how they derive an experience-based historical understanding of certain events of the war, such as the Holocaust, from playing games. This makes it useful to critically discuss video games in the history classroom.

The defense can be watched online via this link.