In his acclaimed work Nations and nationalism since 1780, the British historian Eric Hobsbawm characterised the modern nation state as a twofold phenomenon ‘constructed essentially from above, but which cannot be understood unless also analysed from below, that is in terms of the assumptions, hopes, needs, longings and interests of ordinary people, which are not necessarily national and still less nationalist’. The development of a national identity has long been considered as an ideological and cultural process stimulated by the upper levels of society. Recently historians have started to question this assumption and asked themselves how ordinary people actively appropriated these elitist nation-building agendas and developed a popular nationalism.

In this workshop we will actively explore the possibilities of doing ‘history from below’ and reflect on the concepts, methods and sources that are available to reconstruct popular nationalism and the worlds of ordinary people. First, we will discuss analytical concepts from recent literature, like ‘banal nationalism’ (Billig) and ‘national indifference’ (Zahra, amongst others). In preparation for this workshop you will write a short contemplation that will serve as a starting point. In smaller teams we will further reflect on how you could operationalise these concepts in your own research (plans). In the second part of the workshop we will apply the concepts from the literature to our own source material. You will analyse the nationalist themes present in popular textual, visual and material sources, e.g. advertisements, songs, merchandising, film fragments, personal letters, etc. What type of nationalism is reflected in these sources? Which social and cultural group(s) do the sources represent? And what are the limits and possibilities of writing national history from below? National identity is explicitly understood as a broad category: participants are encouraged to bring along examples from your own (geographical) research area.

Participants will read the assigned literature (will be provided) and prepare a short contemplation of 1 A4 containing:

This course is fully booked. 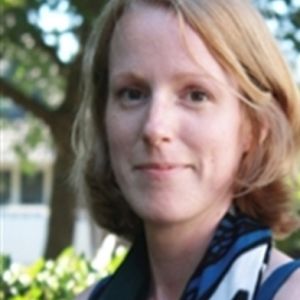 Max no. of participants