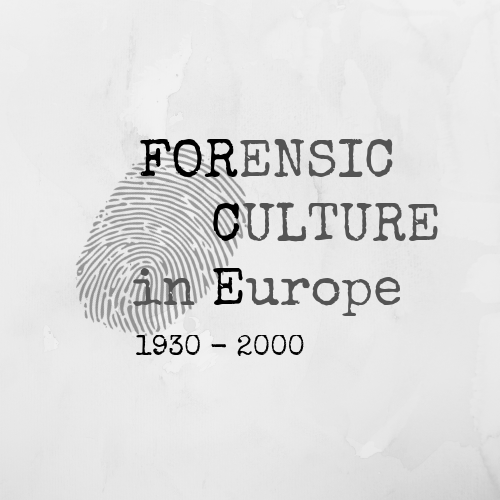 The ERC Consolidator project ‘Forensic Culture. A Comparative Analysis of Forensic Practices in Europe, 1930-2000’ is directed by dr. Willemijn Ruberg and investigates the differences between forensic practices in Europe in the period 1930-2000.

In television series like CSI and Criminal Minds forensic scientists can solve even the trickiest cases within a few hours. Technologies such as blood-spatter analysis, DNA and autopsies aid in reconstructing the crime and psychiatric classifications like ‘psychopath’ help to identify the perpetrator. Science and technology’s impartial and unambiguous results seem to ensure that justice is done equally for everyone.

In reality, however, the role and impact of forensic science depend on where the court is located. Scholars have attributed this regional variance to either the availability of technology or the different legal systems. These explanations have not been backed up by empirical or comparative research and do not sufficiently explain why scientific experts are powerful in some national courtrooms, but dismissed in others. Moreover, they neglect a third, vital factor: culture. This project will demonstrate the cultural influences that determine how forensic science was accepted in Europe (1930-2000) by focusing on historically and nationally variable political ideology, media representations and norms on gender and sexuality.